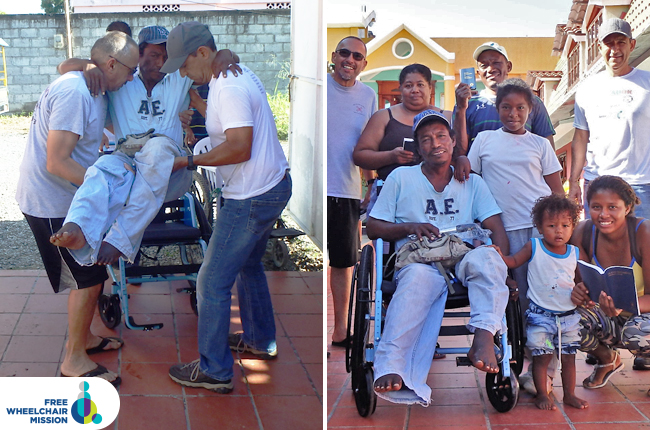 Why Does He Need Another Wheelchair?

José lives in a seaside village along the Pacific coast of Ecuador.

Every morning since he was 12 years old, José would head out to sea on a fishing boat to earn a living, having learned the trade from his father and grandfather.

He was working hard to provide for his wife and children when, one day, violent waves pummeled his boat, causing a spinal injury that left him immobilized.

It was several months before José underwent surgery for his injuries. Doctors prescribed physical therapy to aid in his recovery, but he couldn’t afford the treatment.

Instead, José stayed home. In bed. For months. This only made his legs weaker, and being left unable to fish caused his family further financial strain.

When José received a GEN_1 wheelchair in 2013, he was finally able to leave the house, see his doctor for further treatment, and meet with members of his community. But over the years, the rough road conditions in his village took their toll on his wheelchair.

An academic study of our wheelchairs reported that, after 18 months of use, 199 out of 200 wheelchairs were still functional – a 99.5% success rate. An internal study monitored 354 wheelchairs over two years, and during this period, only 17 wheelchairs needed any kind of repair.

José’s family requested a replacement. Fundación Vista Para Todos, one of our distribution partners in Ecuador, fitted him with a new GEN_2.

With this gift and the support of his wife and daughters, José is able to make a living selling supplies and making nets for other fishermen in his town.

José is grateful. “I thank God and all of you for this gift of mobility.”

Our distribution partners are able to build and maintain relationships with those who receive wheelchairs in their communities, but they wouldn’t have wheelchairs to give away if it didn’t start with friends like you.

Your generosity can change the trajectory of someone’s life. Thank you for helping to steer people like José towards a more hopeful tomorrow.