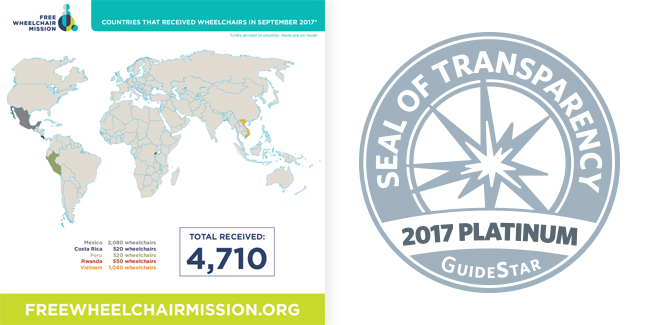 “Like most other 18-year-olds, Nicole has a dream for her future: she wants to work with children. Nicole’s easygoing, patient style, and her confidence and wit, will bring great qualities to her work with children. Only one thing was missing to fulfill on her dream – the ability to navigate a work setting. On the day we delivered her wheelchair, Nicole’s dream moved to possibility.

“Nicole was born premature (at six months gestation) by a cesarean birth that did not go well and resulted in paralysis to her lower body. Her doting grandparents (Maria and Ricardo) helped to raise, and now, take care of Nicole while her mother works. Their love is beautifully evidenced by Nicole’s confidence despite her father abandoning her. Her grandmother says, ‘She is our life.’

“When Nicole heard that people would be bringing her a wheelchair, she wanted to give them a gift. Her generosity was not daunted when 15 volunteers showed up to bring her wheelchair. She graciously opened her plastic bank containing coins she had saved and enthusiastically passed it around the room, inviting each of us to select a Peruvian coin as a gift from her.”

Nicole’s generous desire to give back moved the team to tears. They weren’t expecting to receive anything in return for the wheelchair they gave her.

When you bless others, you, in turn, are blessed. 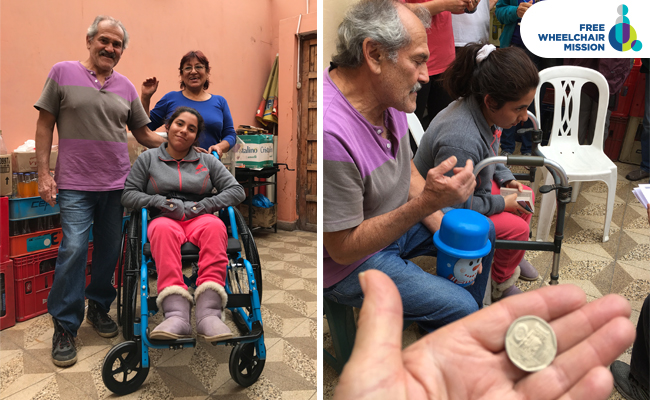 There are countless other stories just waiting to be told – stories from other people, like Nicole, whose dreams for the future hinge on mobility.

Will you be part of someone’s story today?