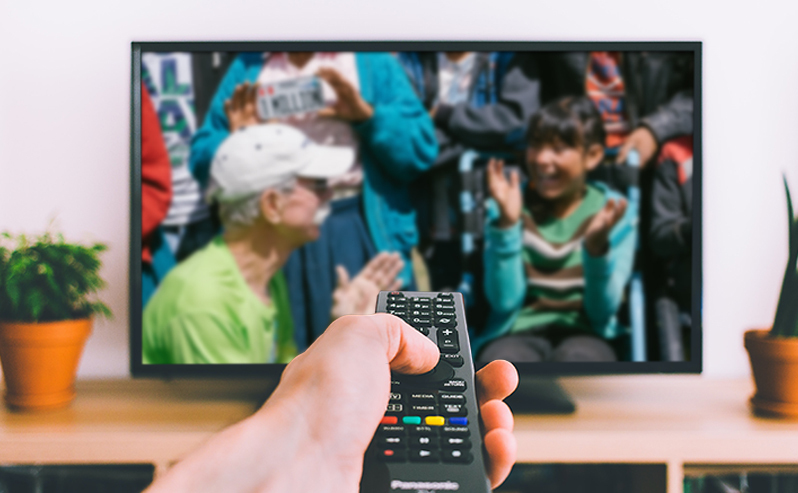 Out of streaming shows and movies to watch on Netflix, Disney +, and Amazon Prime?

How about something more inspirational and meaningful?

For a change of pace, our staff has compiled this playlist of features and documentaries that have themes or characters with disabilities. These are all currently available on streaming services.

So grab the family and some popcorn and be inspired!

Here they are with streaming platforms and movie ratings:

1. Because No One Should Have to Crawl

This documentary, produced by The Visionaries for PBS, chronicles Free Wheelchair Mission’s delivery of its one-millionth wheelchair.

A surprisingly heartwarming, uplifting documentary about the friendship between two Rubik's Cube world-record-holders/champions, Feliks Zemdegs and Max Park, who lives with autism.

The animated classic about a clownfish searching for his lost son, who was born with one fin smaller than the other.

In this sequel to Finding Nemo, an array of undersea characters who each live with a disability work together to help each other succeed.

In this hit sequel to Toy Story, the groundbreaking animated classic, toys that are broken, lost, or discarded take different approaches to their circumstances and learn to thrive.

Based on the true story of a rodeo rider, left paralyzed after an accident, fighting to return to the sport that she loves.

Based on the long-running Marvel comic book, this movie follows Professor X, who uses a wheelchair, as he teaches a group of mutants who are feared by the world that their conditions are actually superpowers.

The following titles are available on streaming services, but may cost extra:

Based on the true story of surfer Bethany Hamilton, who lost an arm to a shark attack as a teenager and discovers a greater purpose after the Indian Ocean tsunami of 2004.

9. The Theory of Everything

Academy Award-winning biopic of Stephen Hawking, who began to study time after learning that he had a motor neuron disease while a university student at Cambridge.

In this adventure comedy/drama, a man with Down Syndrome runs away from a residential nursing home to pursue his dream of becoming a wrestler, aided by an outlaw who becomes his coach.

Amazon Prime; must rent or purchase (13+)

A documentary about a talented musician who was born with several disabilities and went on to become an 11-time “Fiddler of the Year.”

A heartwarming family film, based on the bestselling book, about a boy who was born with a medical condition as he adjusts to the challenges of attending a mainstream school.

Documentary about two lifelong friends, one of whom uses a wheelchair, on a 5.5 week hike through Spain’s El Camino de Santiago.

A French documentary about four kids, who live in the developing world, as they travel great distances to go to school one morning. One of the stories features a GEN_1 wheelchair from Free Wheelchair Mission!