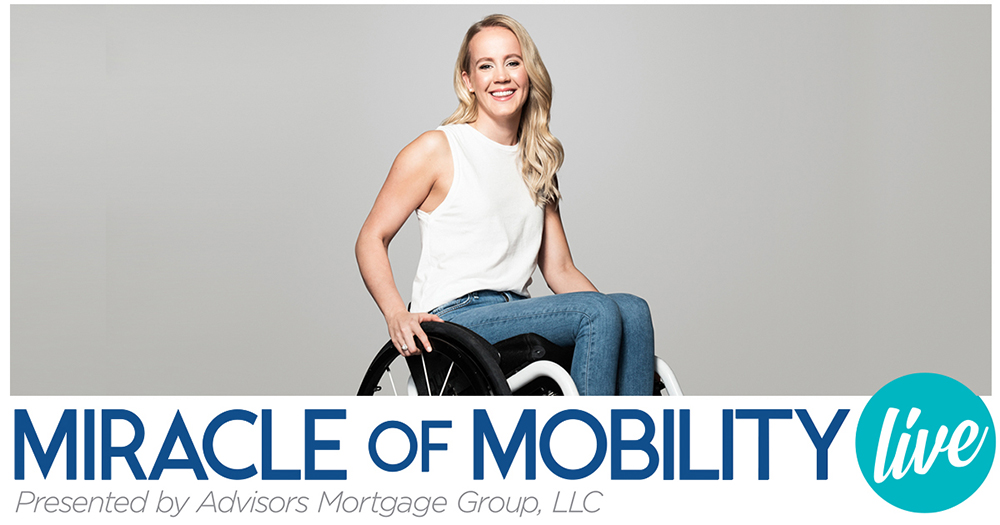 Join us for Miracle of Mobility Live on July 22, 2021 as we celebrate 20 years of providing the transforming gift of mobility, with inspirational messages from special guests including Mallory Weggemann! 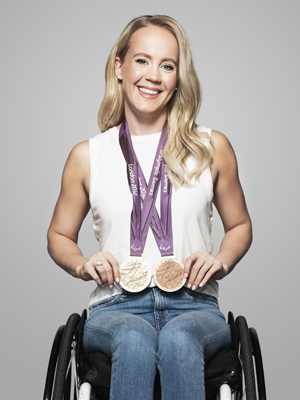 Mallory Weggemann is a record-setting, two-time Paralympic swimmer for Team USA. She has set 15 world records and 34 American records, and is also the recipient of an ESPY Award, a 15-time World Champion, and a Paralympic gold and bronze medalist. Weggemann has also served as a commentator on NBC for the PyeongChang 2018 Paralympic Games—the first female reporter in a wheelchair ever to serve in that capacity.

Weggemann has established herself as a leader outside of the pool as well. She is an inclusion advocate serving on the Advisory Board of Disability for Delta Air Lines as well as a cofounder and co-CEO of TFA Group, a social impact agency and production studio. A highly sought-after motivational speaker, Weggemann has presented at numerous Fortune 500 companies, including Bank of America, Morgan Stanley, Comcast, PepsiCo, Northwestern Mutual, Aetna, Accenture, Delta Air Lines, and Deloitte.

In 2021, Weggemann released her memoir, Limitless, while training for the upcoming Tokyo Paralympic Games.