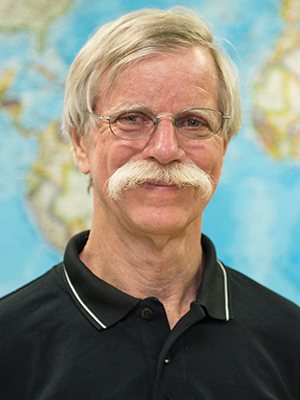 Don Schoendorfer is a biomedical engineer who makes his home in Santa Ana, California. He has an undergraduate degree from Columbia University and a PhD in mechanical engineering from MIT. In addition, he holds more than 60 patents in the biomedical field.

More than 20 years ago, Don turned his God-given and MIT-developed engineering talents to solving the problem of immobility in developing countries. There are an estimated 75 million people with disabilities in the developing world who need a wheelchair, the vast majority of whom cannot get one on their own. The causes of disability range from illnesses and congenital conditions to injuries caused by accidents, landmines, and the effects of war. For many of these people, medical aid is simply not available and adaptive equipment is even scarcer. Don devised an answer to the need for mobility: a cost-efficient, durable wheelchair.

Working in his garage, Don built prototype wheelchairs that would become the iconic GEN_1 model, originally made of a standard white plastic lawn chair and two mountain bike tires mounted to a steel frame. After building 100 of these prototypes, he brought four of them along on a 2001 mission trip to India, where he worked with local ministries to give them away to four individuals who were in need of wheelchairs. Free Wheelchair Mission was born.

Since 2001, the nonprofit that Don started has designed, manufactured, and distributed 1.3 million wheelchairs for people living with disabilities in 94 developing countries worldwide.

When he is not busy working on wheelchairs, Don enjoys spending time with his three daughters and two amazing granddaughters.

Register for Miracle of Mobility