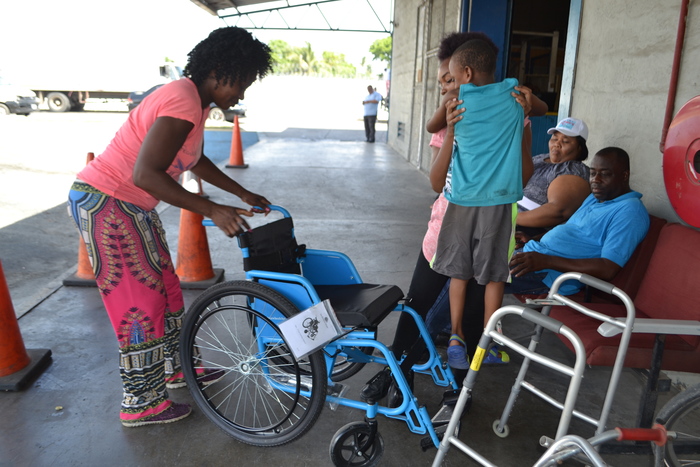 For many children around the world, an eighth birthday is cause for celebration, anticipated with anxious excitement months in advance.

In Jamaica, however, a little boy named Antwon wasn’t so elated to turn eight. He faced his birthday with melancholy, just like he did the year before.

“As young as Antwon is, he has had a pretty rough life thus far,” said his grandmother, Annmarie, who went on to explain that her daughter – Antwon’s mother – had regularly consumed alcohol during her pregnancy.

Antwon was born with multiple health issues, including cerebral palsy, and has been in and out of hospitals for all of his life. “Even though he was sick from birth, his mother and I didn’t know that he could not walk until he was almost two years old,” Annmarie recounted through tears. She was heartbroken when Antwon fell over and broke his sternum when he was four.

Annmarie serves as Antwon’s caregiver and supports the family by selling bananas and yams by the side of a dusty road. “Antwon fights to live a normal life and I try my best to make this possible for him,” she said.

Antwon’s birthday is in September – around the same time that the school year begins. As other children eagerly prepared to go back to school, getting new clothes and school supplies from their parents, Antwon was sad because he could not join them.

He had attended preschool and kindergarten with the help of a walker, but when the walker no longer sufficed, Antwon was forced to crawl, resulting in blisters all over his hands and knees.

The elementary school wouldn’t accept Antwon as a student unless he had a wheelchair, which Annmarie couldn’t afford.

By God’s grace, a representative from Food For The Poor (FFP), our local distribution partner, happened to pass by Annmarie’s roadside produce stall and learned of Antwon’s need. FFP soon fitted Antwon with a GEN_3 wheelchair, which will allow him to enroll in school once again.

He and his grandmother are grateful beyond words.

“He has started to smile again,” beamed Annmarie. “He would sit in bed and cry every day, but today, he is smiling, laughing, and talking to everyone, and it is all because of you.”

Because of you, children like Antwon have renewed hope and a chance to pursue a brighter future.

Because of you, caregivers like Annmarie find solace in knowing that freedom and independence are now within reach of their loved ones.

Because of you, over one million people – including Antwon – have received the life-transforming gift of a wheelchair since 2001.

Thank you for all you do to make such a tangible impact all over the world.