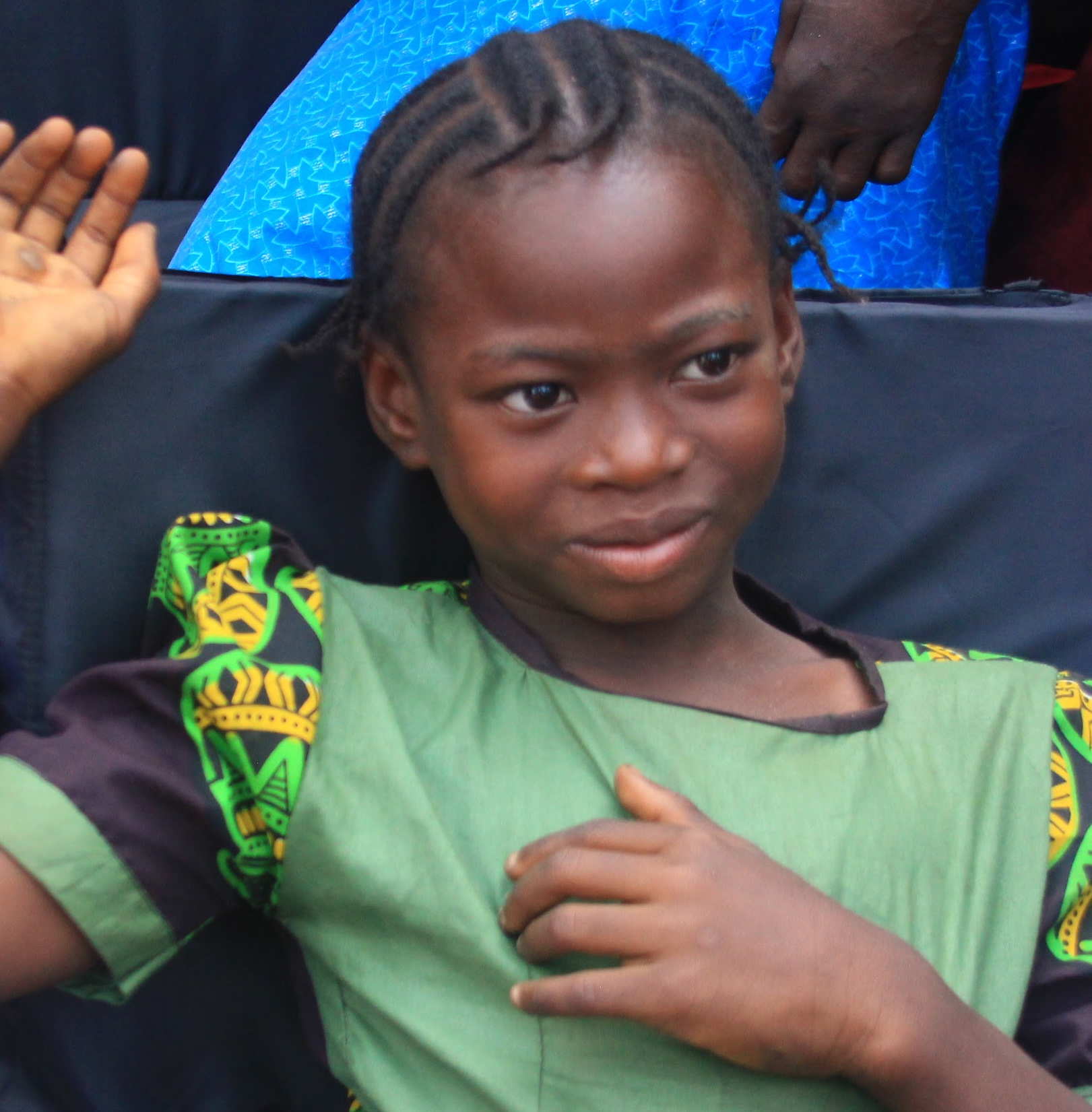 The gift of mobility can help lift others up, not just physically, but emotionally as well.

Take the story of Aishat, a 7-year-old girl in Nigeria.

Aishat contracted polio at an early age. Overwhelmed, Aishat’s father abandoned the family, leaving her mother to care for their daughter on her own while fighting the stigma of disability.

Aishat’s grandmother then stepped in to take care of the little girl. Her grandmother saw Aishat’s potential and hoped that her beautiful granddaughter would someday receive the education that she herself never received. She sold her only possession– a canopy that she rented out– in order to send Aishat to school.

Aishat’s grandmother would carry the little girl to and from the dusty campus, and once there, Aishat had to crawl on the ground to move about. It was difficult for her to make any friends, as other children harbored superstitious misunderstandings about her disability.

One day, Aishat’s grandmother heard on the radio that there would be free medical treatment, including free wheelchairs, offered at an event organized by the local government. She had applied for medical assistance several times before and was promised a wheelchair ever since Aishat was three years old, but they had yet to receive one.

This time was different. Grace Project International, our distribution partner in Nigeria, gave Aishat her very first wheelchair. Elated, her grandmother shouted, “This is a life-changing donation! Now my girl will stop crawling on the ground!”

After enduring so much in her young life, Aishat–along with her grandmother–can face tomorrow with a restored sense of dignity and hope, thanks in no small part to your prayers and partnership.