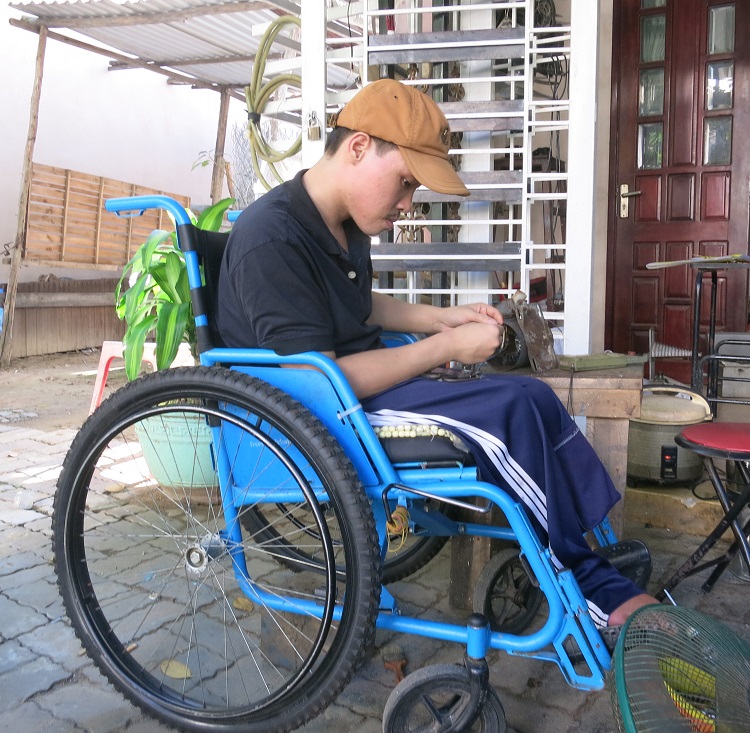 Trinh is a go-getter. Though born with spina bifida and never able to walk, Trinh was always on the move. His crawling ultimately caused an ulcer on his left leg, and doctors had to amputate part of his leg in 2012.

Shortly after his surgery our partner in Vietnam, Giving It Back to Kids (GIBTK), was able to give him a GEN_1 wheelchair. Trinh was on the move again.

And then, in 2014, GIBTK traded out his GEN_1 wheelchair for a GEN_3. He began going 500 meters each way to his uncle’s shop to learn electrical mechanics. He spends three hours each morning learning, then he heads home to prepare lunch for his family, and then he spends another two hours in the afternoon practicing in the shop.

When asked if the work and commuting two kilometers a day is tiring, Trinh said no. It is his passion to learn so that one day he can open his own business. He has a vision and a plan!

Trinh is one of many people seeing his dreams become reality through the simple gift of mobility. Thank you, our generous supporters, for being a part of life transformations!