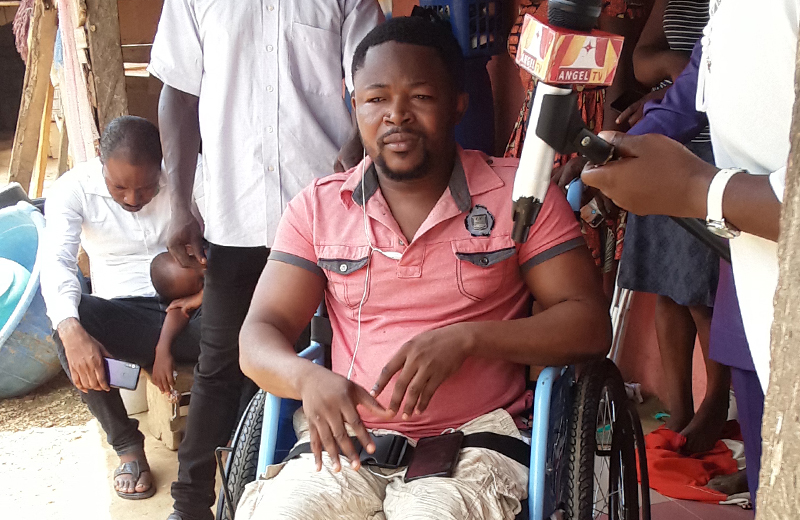 Daniel, 32, was once a high school teacher in Ghana.

During a visit to the western part of the country, Daniel slipped and fell from some high rocks, sustaining a spinal cord injury that resulted in paralysis.

Daniel has been unable to walk ever since. He was also unable to continue his job because he could no longer get to the school where he taught.

He would spend the next two years confined to his room, battling feelings of depression that would wash over him, wishing that he were back in his classroom to nurture young minds.

Then, Daniel received a new GEN_2 wheelchair from our local distribution partner, the Centre for Employment for Persons with Disabilities (CEPD).

Now, Daniel can move about on his own. He can leave his room and go outside again after two long years. He hopes to return to his old job as a teacher now that he can get to school again.

Because of friends like you, more than 1.3 million individuals like Daniel around the world have received a renewed sense of hope and freedom through the gift of mobility.