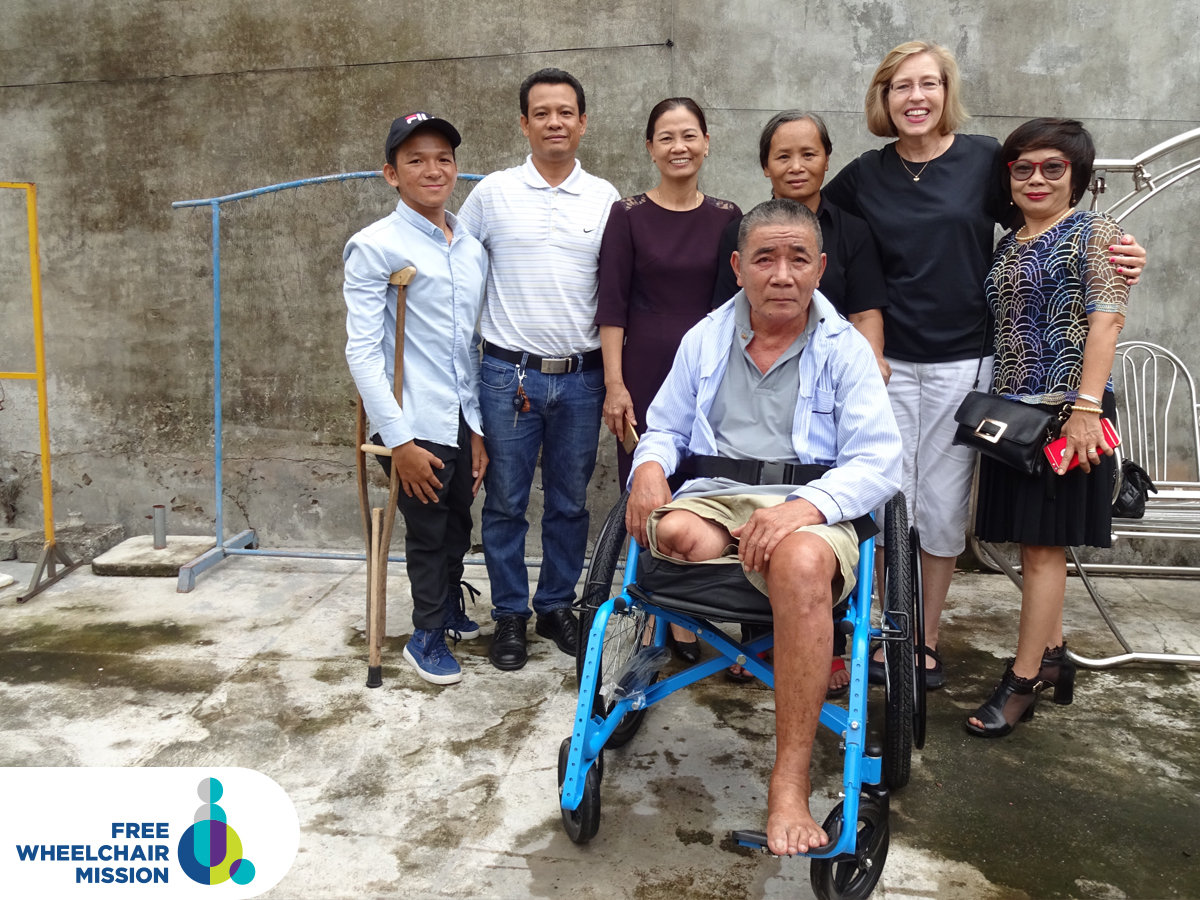 Several weeks ago, we shared the first part of a story by Karla DeSimone, who had given a wheelchair to a boy named Trung in 2007 and has kept in touch with him since.

Trung, Karla, and Hieu, who works for our local distribution partner, recently embarked on a wheelchair distribution and were joined by a surprise guest—their cab driver, who was moved to participate after overhearing their conversations in the car.

Together, this team delivered a wheelchair to a man named Giao, who lives in Da Nang, Vietnam.

When we arrived at his home, we learned that Giao was 65 and had been a farmer before his stroke, three years earlier.

Giao was an accomplished woodcarver and pointed to the lovely piece of furniture in their home that he had personally carved. However, for the three years since Giao’s stroke, he had been confined to his home and bed. He is no longer able to carve wood or farm.

Giao’s wife, Doan, 61, also had health problems. To help pay for their treatments, they sold a piece of land in front of their home to make ends meet. Doan shared that it is difficult for her to lift and move Giao, and this wheelchair will be very helpful to her. 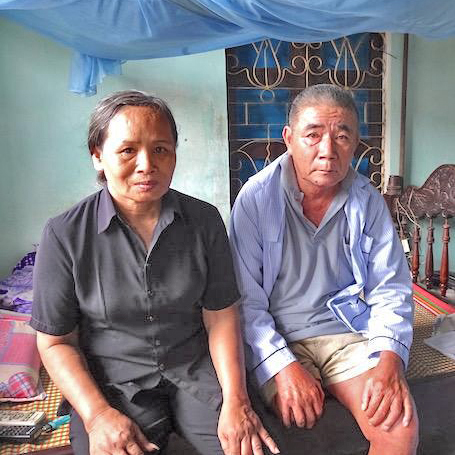 Doan and her husband, Giao.

I got up to hug him, and as I did, I believe I felt his relief—relief for finally receiving a wheelchair, and also relief for his wife in providing his care.

After some photos and goodbyes, we were back on the road to Da Nang. Conversation flowed easily as the cab driver, Hieu, Trung, and I recollected our morning. Again, I gratefully thanked our cab driver for his kindness, care, and participation. 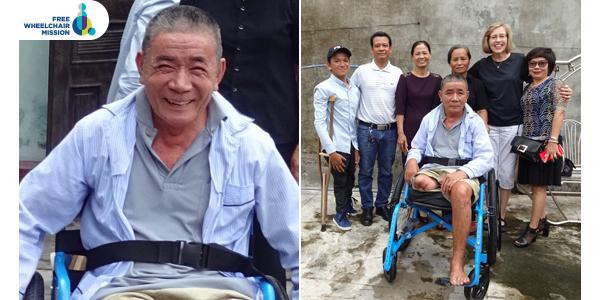 Because of friends like you and Karla, the gift of mobility has made a difference not only in the lives of recipients like Trung and Giao, but in the lives of family members like Doan—and even in that of a humble cab driver, who gave up part of his fare that day to be part of something bigger than himself.

Thank you for all you do to help spread this contagious compassion around the world.