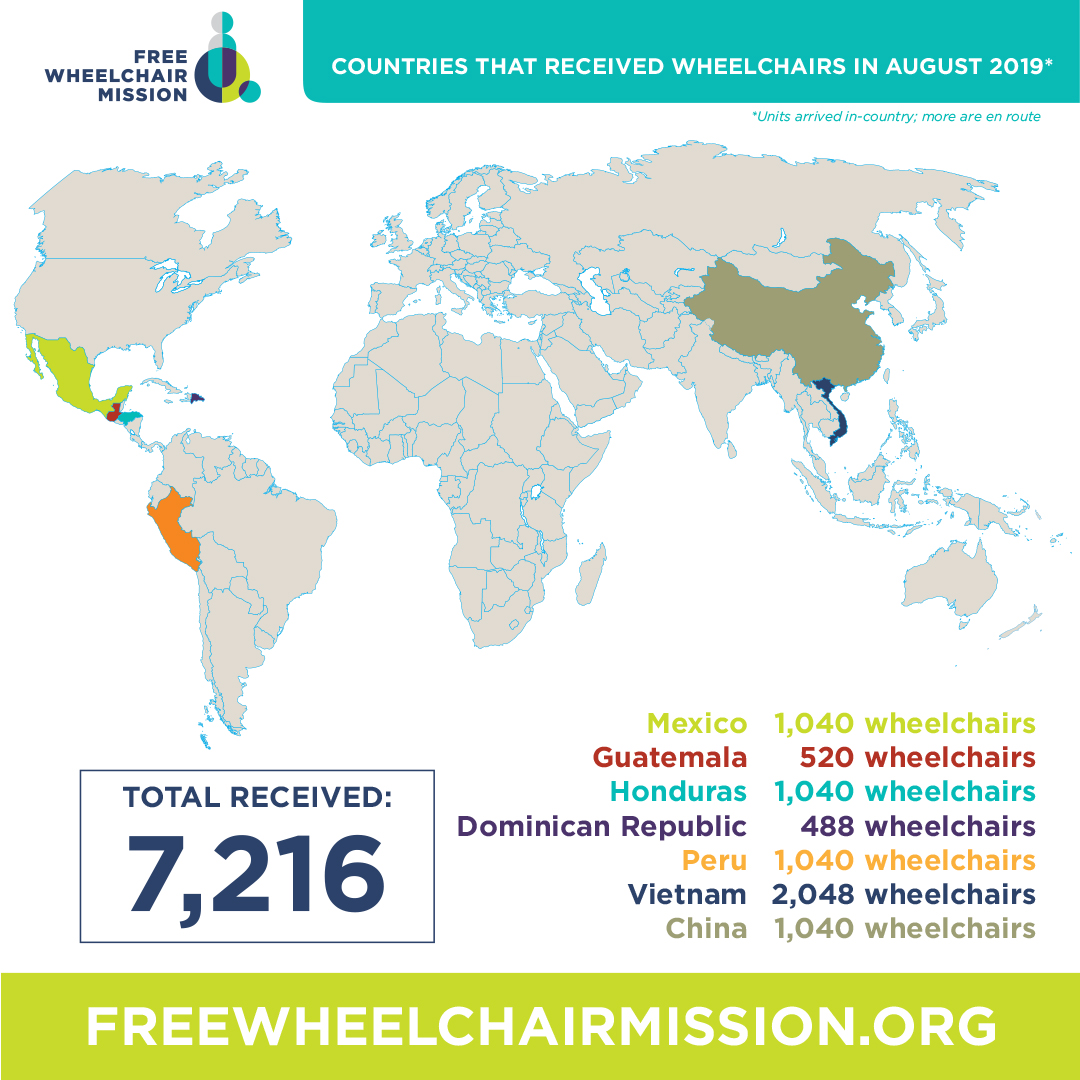 Wheelchair Arrivals
August 2019
Because of your generosity, 14 containers of wheelchairs arrived in Mexico, Guatemala, Honduras, Peru, Dominican Republic, Vietnam, and China during the month of August.

Hello, Houston
August 2nd–4th
Look who stopped by our booth at the Houston Abilities Expo—Ms. Wheelchair America, Hilary Muehlberger and Ms. Wheelchair Texas, Lauren Taylor! Check the upcoming events below to see if an Abilities Expo will soon be coming to a town near you.

Raising Awareness at Western U.
August 21st
Ambassador Michelle Trieu (right, with National Ambassador Manager Dana Hindman) launched an awareness campaign for FWM at Western University of Health Sciences in Pomona and plans to create a fundraising project throughout the year.

Press Release
August 22nd
A press release announced the addition of Pia Hindersson (left) and Mats Feldt as senior product manager and senior R&D advisor, respectively, to the FWM team. Hindersson and Feldt, who hail from Sweden, bring a combined 75 years of expertise in the field of mobility solutions to their volunteer roles at FWM. Read the full press release here.

Prescott Screening
August 27th
A screening of the documentary, “Because No One Should Have to Crawl,” was held by our ambassadors at Third Shot Coffee in Prescott, Arizona.