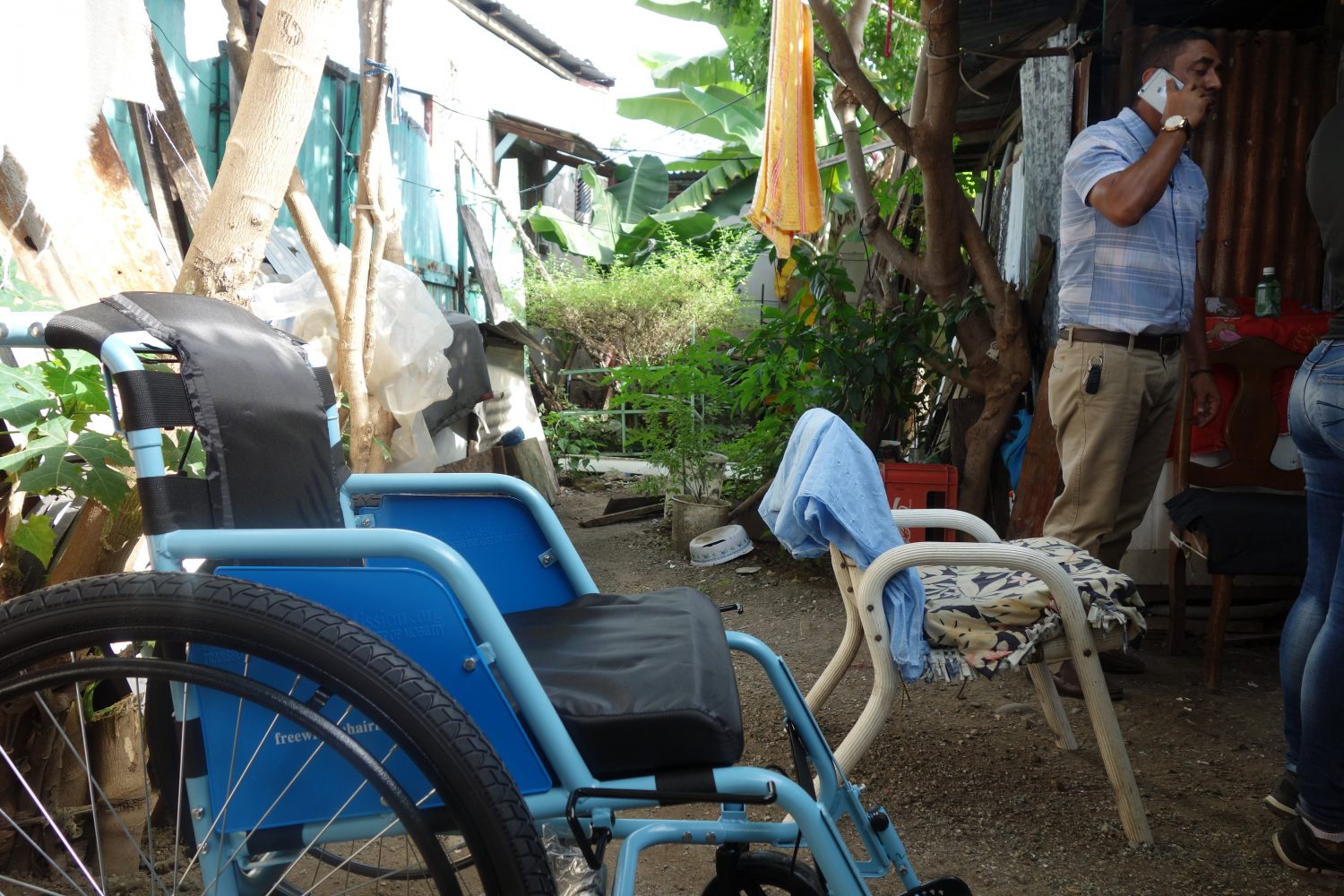 Another type of miracle

This picture was taken in Costa Rica. I know what you’re thinking– where’s the wheelchair recipient? Did he miraculously get up and start walking? No, but another type of miracle took place.

The man in the background, making a phone call, is the mayor of a small town near the Nicaraguan border. He had taken part in a large-scale wheelchair distribution ceremony earlier that day. Although many people came, there were still more people who needed wheelchairs but could not make it to the event. They live in the more remote parts of town. Our team would bring the wheelchairs to them instead, and the mayor, who had never gone on these types of visits before, decided to join them.

One of the people they encountered was the gentleman in this next picture. Not only was he unable to walk, he was barely able to move at all due to fear of his swollen belly rupturing. His wife explained that they tried taking him to the hospital, but he was turned away for being a Nicaraguan citizen with no papers for Costa Rican residency. She herself needed medical attention, as she was stricken with cancer, but unable to get the treatments they needed, they felt that the best they could do was to be together and go in peace.

Moved with compassion, the mayor called the head of a nearby hospital and arranged for an ambulance to be dispatched immediately. As the man and his wife waited for the ambulance, they prayed with our team. The man expressed that he knew God loved him dearly, regardless of what happened to him. Our team was humbled by his faith. 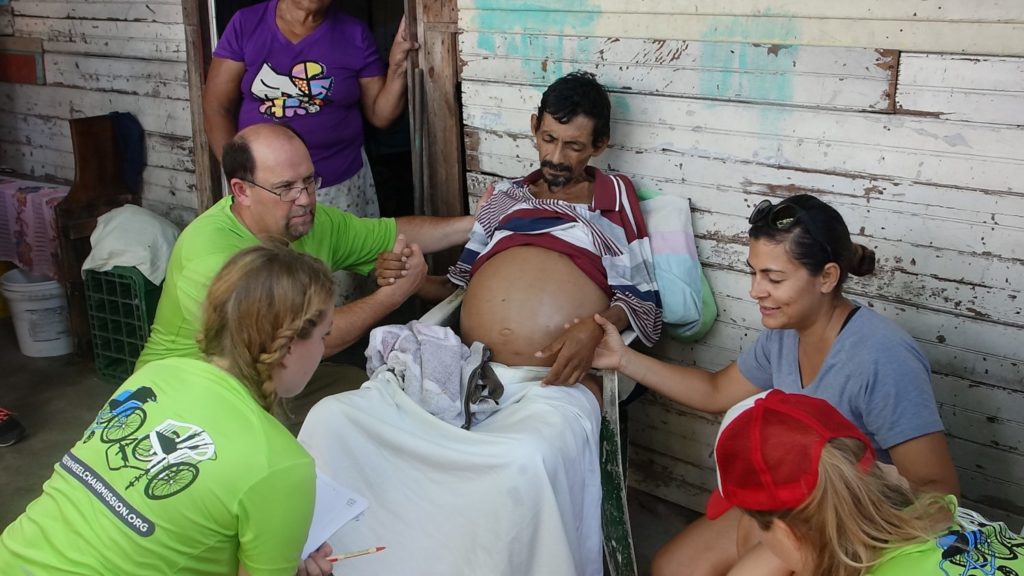 The ambulance arrived and took the couple to the hospital for the care that they needed, thanks to the mayor. He did not have to help. The couple was not even supposed to be in his town. It was a miracle that he came with our team that day. No one else would have had the authority to call in an ambulance for the ailing couple.

Compassion moves hearts and spurs us into action. This is how we started Free Wheelchair Mission, and thanks to our network of supporters and distribution partners, together we have made a difference in the lives of nearly one million people around the world. Thank you for your compassion, prayers and generosity.