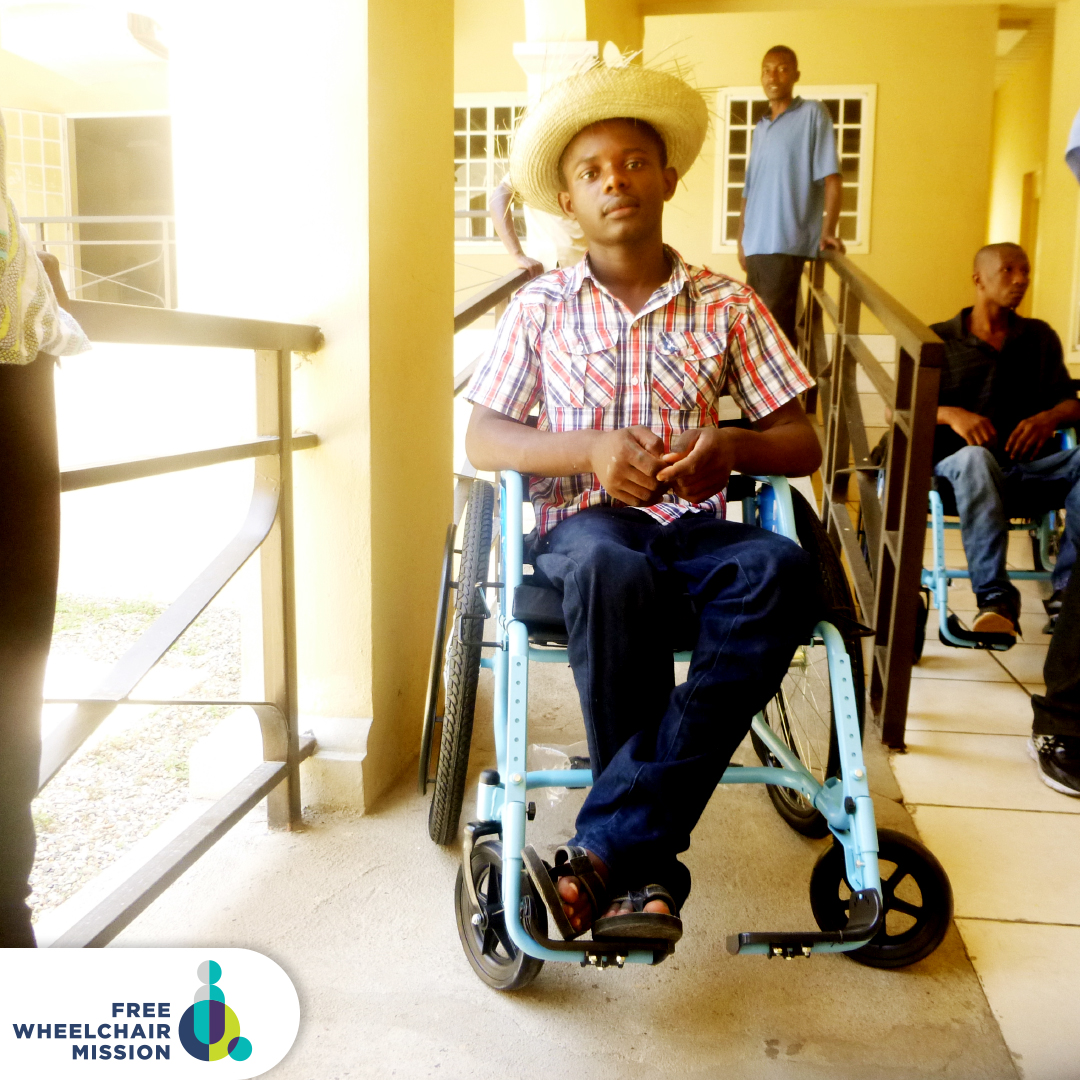 Michel already had a wheelchair, but it did not fit him properly.

An 18-year-old high school student, Michel has been disabled since the age of 12. He sustained an injury while playing soccer and bled profusely due to hemophilia. He spent over a month in the hospital and has not been able to walk ever since.

Michel happened upon a wheelchair distribution ceremony held by ASAP (Action and Solidarity against Poverty), a charitable organization that distributes goods to the poor in Haiti. As one of our distribution partners, ASAP ensures that each wheelchair is properly adjusted for the recipient. An improperly-fitted wheelchair, we know, can potentially cause further health problems. ASAP equipped Michel with a new GEN_2 wheelchair, which he was grateful for.

Was it by chance that Michel happened upon his new wheelchair? I don’t believe so. I believe that your prayers have made a significant difference in the lives of men and women such as Michel. And on their behalf, I thank you.