A New Work in India

June was quite a month for Free Wheelchair Mission, with several exciting developments along the way. For one, we were thrilled to form a vital new partnership with India Christian Ministries (ICM).

India has always been close to our hearts. It’s where we gave away our first four wheelchairs in 2001. Since then, Free Wheelchair Mission has distributed nearly 100,000 wheelchairs there.

With a population of 1.3 billion, India is one of the largest countries in the world. The needs in India are staggering: Half of the world’s orphans can be found here. Child labor and slavery are rampant, with over 30 million children working for little or no wages, often in hazardous conditions. Intense, seasonal flooding wreaks havoc, breeding water-borne illnesses, and health care is beyond the reach of many, leaving them susceptible to diseases including HIV/AIDS, malaria, polio, and leprosy.

ICM has been serving the people of India since 1997 with programs including clean water projects, education for at-risk children, orphanages, disaster relief, and medical outreach.

We look forward to this new partnership with ICM. 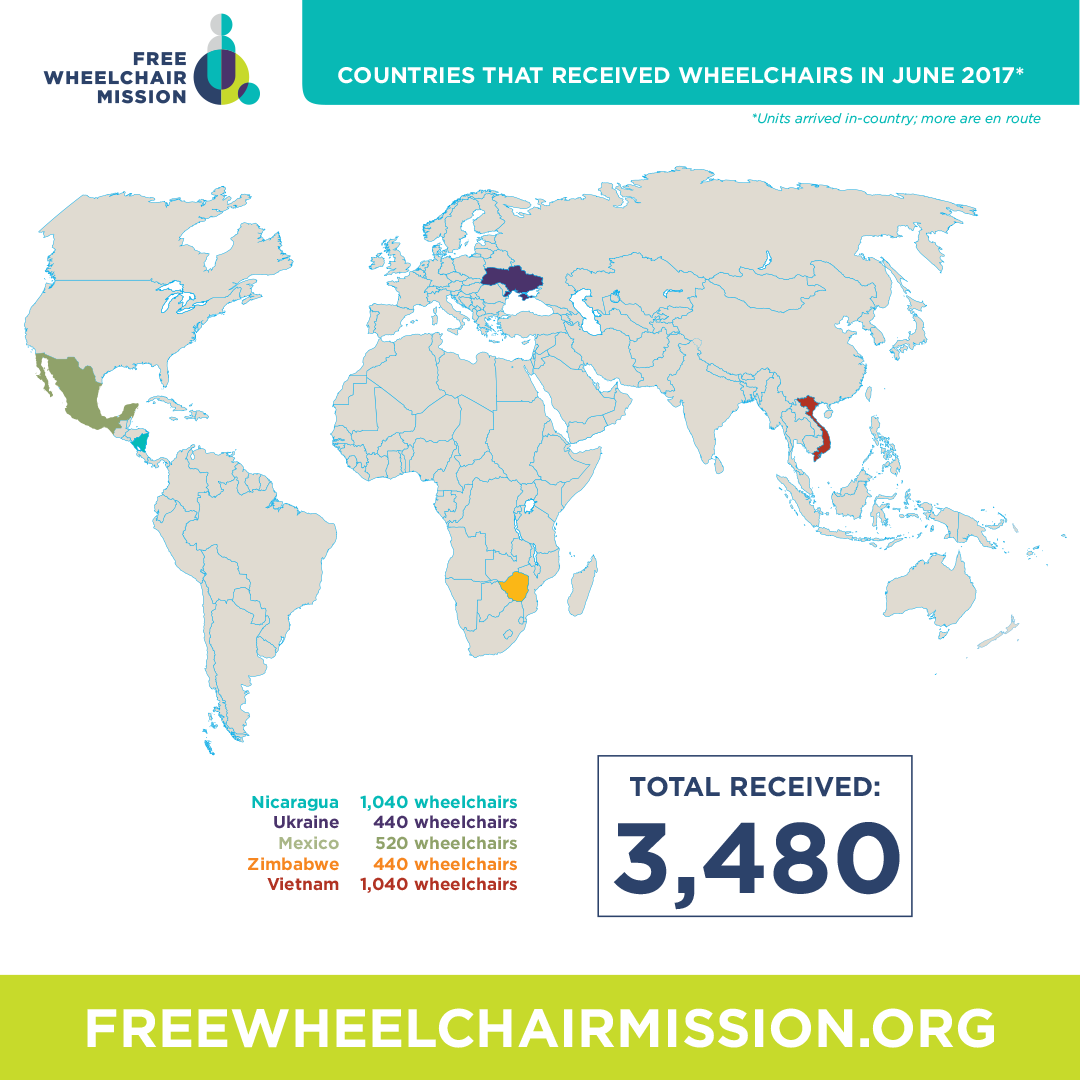 Also, in June, 3,480 wheelchairs were received by our distribution partners in Nicaragua, Ukraine, Mexico, Zimbabwe, and Vietnam.

Of course, the biggest news in June was the distribution of our milestone one-millionth wheelchair. Who received it? Which country did it go to?

Find out next Thursday, July 13th, at the Miracle of Mobility as we reveal our one-millionth wheelchair recipient.

If you can’t make it to our annual gala in person, you can watch it on Facebook Live. The main program begins at 7:15pm PST.

I do hope that you can join us somehow. Free Wheelchair Mission would not be where it is without you, and we wouldn’t want to celebrate one million wheelchairs without you.