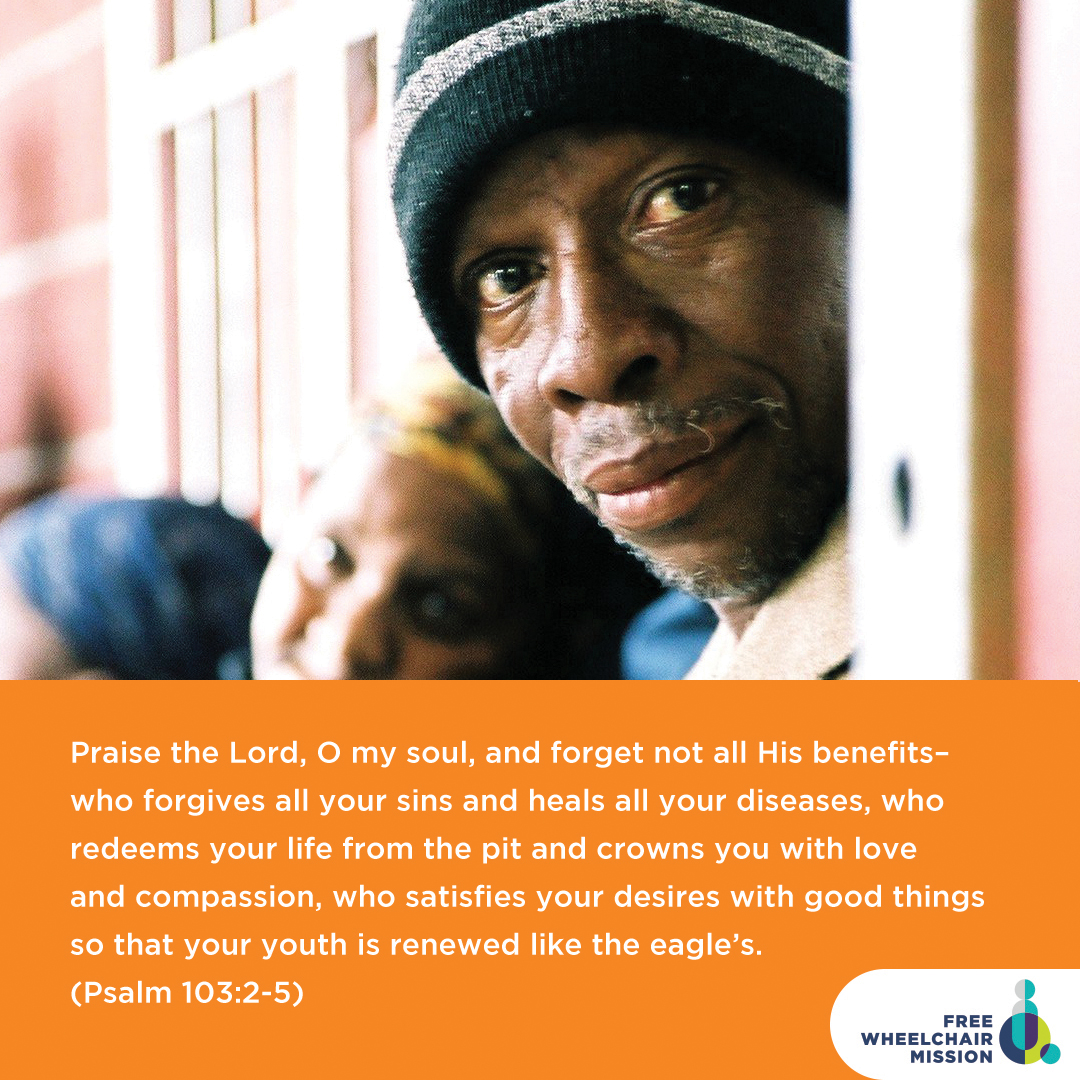 How do you get to work? Do you drive, bike or take a bus? Does traffic test your patience daily? Does the speed limit ever seem high enough to get to where you are going on time?

With a wife and five children to support, Samalani also works at a local store in addition to repairing bikes at his garage. Not being able to cross the street meant less income for his family.

When Samalani received a wheelchair during a recent distribution, his heart was full of joy and his hope restored. “Your gift has made it possible for me to care for my family,” he said. “Now, we will be able to support ourselves, and not have to be given a hand out by others.”